Building blocks for a City ID

Social rights are often threatened in large cities. Municipal authorities have to deal with large groups of undocumented migrants in their cities.

However, policies from the national or European level limit, if not block, the capacity of cities to offer solutions for the basic struggles and barriers faced by this marginalized group of people. Cities have to deal with many problems which other authorities don’t have an answer to and don’t have to engage with. A functional way of identification is one of those examples. 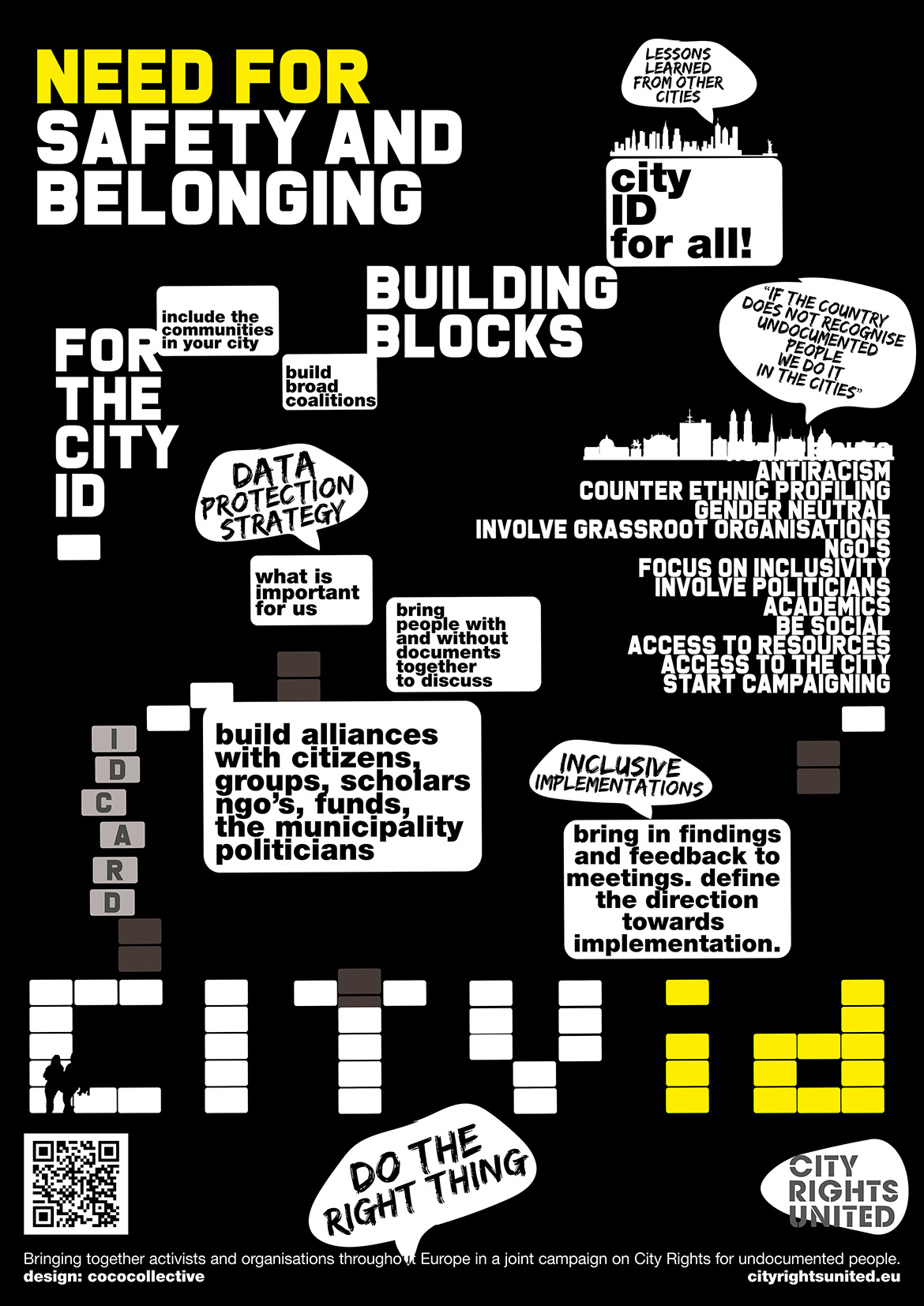 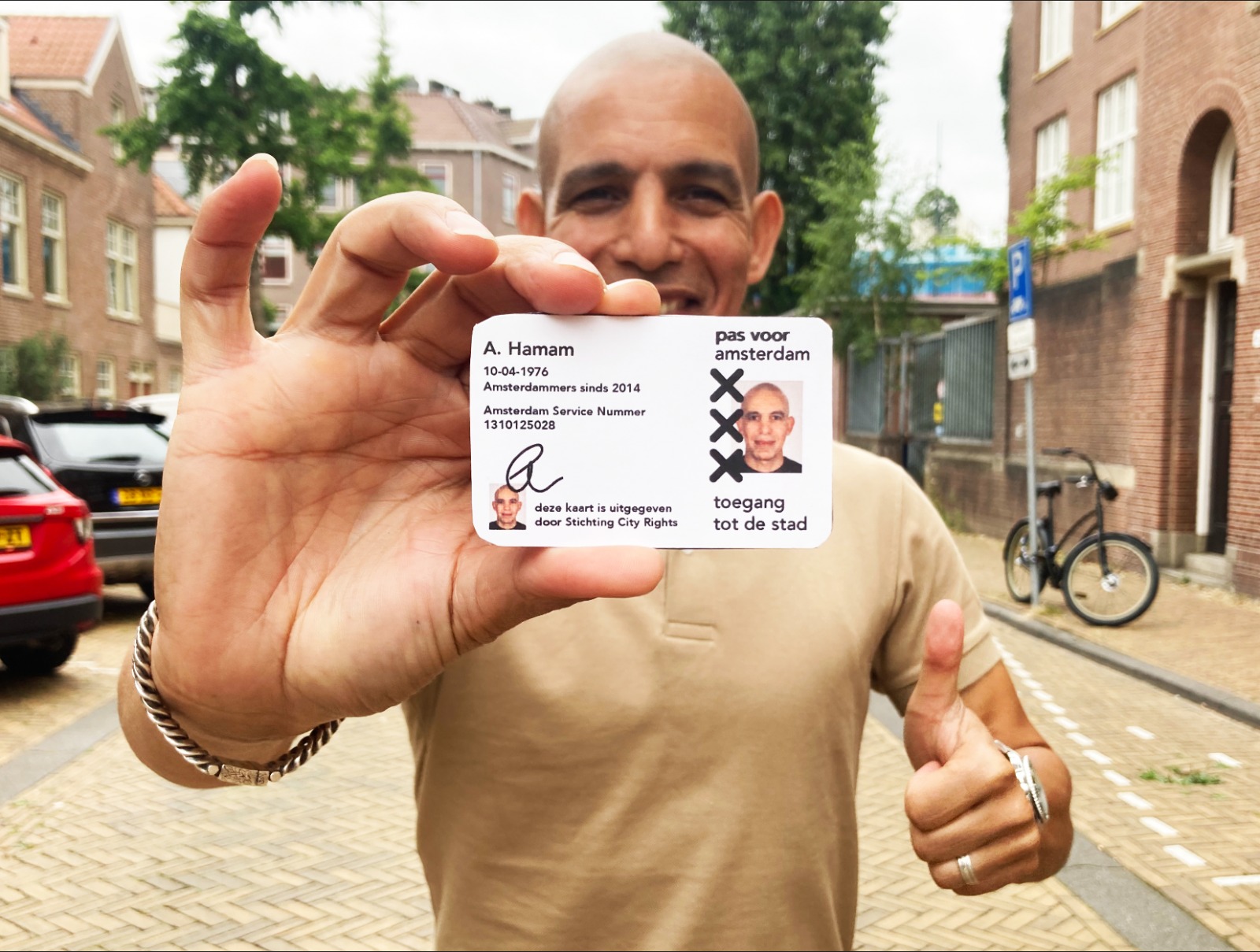 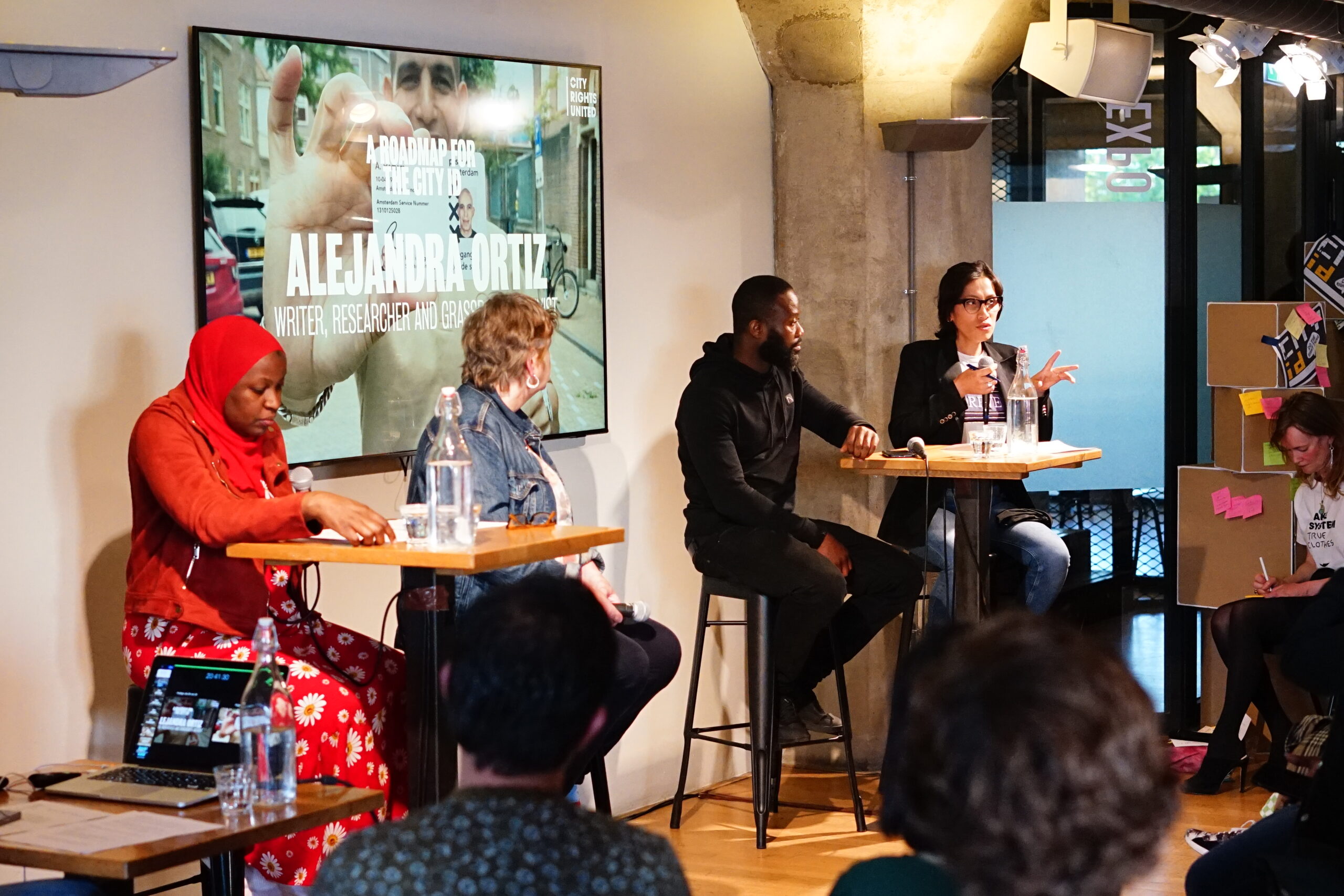 Many structures in our societies are based on people being able to prove their identity. This means that if you are unable to prove your identity, you get excluded from resources that are provided to others. By excluding residents from these resources, an un-safe environment is created, let alone a literal unsafe situation is created for the undocumented who are threatened with deportation.

The concept of the City ID card has proven to work in cities in the US. Examples that we based our ideas on are the cities of New York, San Francisco and New Haven.

On this webpage the first basics of the city ID and a roadmap to start campaigning for a city ID in your city are explained. This will be expanded by a catalogue of resources we have gathered over the years during the research in Amsterdam and the start of our campaign. In case you want to know more, or exchange strategies, please feel free to reach out to the Amsterdam City Rights team by sending an email to Here to Support.

What is the City ID

A document handed out by the municipality of the city for all citizens in the city regardless of someone’s migration status.

Why a City ID

The document is important for specifically undocumented people in the city to increase their safety and belonging in the city. Safety, because when stopped and randomly checked by police, they can show a document supporting their identity claim. But also being able to access basic services like health care, opening a bank account and recently with Corona, receiving a vaccination proof and even entering spaces like bars or public transport.

There is also a symbolic motivation behind the campaigns for a city card, it’s the simple acknowledgment of the residency to all people living and contributing to the city.

A roadmap to the City ID

The poster shows a specific example of a ‘roadmap’ to the City ID. This roadmap is based on the organised strategy by the Sans Papier movement in Zurich. It shows the generic steps that a community should take in order to campaign effectively for a City ID.

If you want to hear more about these cities and how we (in Amsterdam) Got inspired by these examples you can listen to the first season of the City Rights Radio Podcast.

It is important that the need for the city is carried and acknowledged by a wide support from the local communities coming from the bottom-up.

The broader the coalition of communities, the more support the card will have. It is important that once the card is implemented, everyone in the city wants to get a card, not only the undocumented.

Identify which communities in the city would either show solidarity by supporting the campaign for the pass, or who would benefit themselves from the cards. Build this community by organising events that share the key findings and introduce new groups in the city

Once the concept of the card is agreed in the City Council, pay attention to the implementation. In order to receive many people in the city, the municipality offices have to put work into creating a safe space for obtaining the card. Suggestions are strict rules about storing data, having a phone number for questions about documents, and having an office outside of the main municipality buildings.

The campaign is not finished as soon as the council has implemented the concept. The way the council implements the City ID is significant for its success later on. Therefore it is advisable that the people behind the campaign stay critical and informed as part of the implementation process. Some lessons learned are summed up here as well:

After implementation, there needs to be a solid municipality structure that can pick up on these requirements that are needed to work with this group of people. It means there needs to be people with experience of working with undocumented people and can win their trust. Just like they can go into different communities in the city and apply the strategies needed for those communities to come in.

Information and data storage needs to be handled with care. An example of a strategy is that the data is certified when the client is in front of the desk and once the card is generated the information is deleted. The information is not stored instead, but completely deleted.